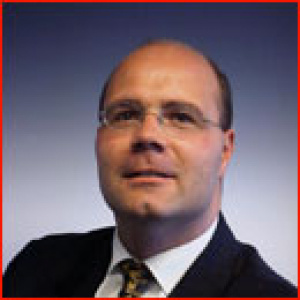 Hugo de Vries is director of the Joint Research Centre IATE on biopolymer research and emerging technologies. Science areas are fractionation and bioconversion of renewable resources, structuration of biopolymers for food and materials, transfer of matter, and knowledge engineering. Some key focus points are processing of cereals, plant exudates like rubber and gum, biotransformation of lipids and polyphenols, food-packaging concepts, and decision support systems. The centre is a joint research centre of INRA, CIRAD, SupAgro and University of Montpellier II, based in Montpellier, France.
In parallel, he is Board member of the European Federation of Food Science and Technology (EFFoST; since 2011 and chairman of the European Young Scientist Special Interest Group), Directory team member of the Chair UNESCO "alimentation durable" (April 2012 - ...) and of the Agropolis SURFood project (nourrir les villes; January 2013 - ...), member of the Editorial Board of "New Food" (2010 - ...) and member of several scientific congress committees (e.g. Biorefinery for food, fuel & (functional) materials, and Food Factory of the Future).

Before leaving to France, he has been heading the Food Technology Research Centre of Wageningen UR, The Netherlands, since 2006. The centre focuses on research and development of novel technologies in the agri-food chain; key emphasis is on preservation, processing, separation of ingredients and product development.

In parallel he has been project co-ordinator of a 5-year European Integrated Project NovelQ (2006 - 2011) in the area of food technology with over 30 partners and 70 companies. The project has been aimed at reaching incremental innovations, showing best practices and providing a sound science base for novel food technologies and packaging systems.

For several years at Wageningen UR, he has been business unit director "strategy and commercial affairs" in the R&D areas consumer science (co-responsible for the project Restaurant of the Future), product development, functional foods and process engineering. At that time he has been Board Member of Food Valley for 3 years. Previously, he has been deputy head of the postharvest physiology and technology group; he has been initiator and project manager for the development of a sustainable maritime reefer container for transport of perishables (currently in practice) together with Maersk, Carrier Transicold, Shell Solar, The Greenery and NDX Intermodal

His PhD research has been carried out at the edge of physics (molecular spectroscopy) and biology (ecology, microbiology, post-harvest physiology). He got a master of science in physics and performed his research in The Netherlands, Denmark, Indonesia and Mexico.