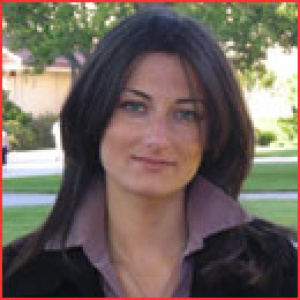 Elisabetta Capezio is currently Licensing Manager at Italfarmaco – Milan, where she is in charge of a number of in- and out-licensing projects and alliance management issues. Prior to join Italfarmaco, Elisabetta was part – as Licensing Manager - of the Business Development group of BioXell, a spin-off of Roche based in Milan and listed on the Swiss Stock Exchange (SWX).

Elisabetta got her Bachelor Degree in Biomolecular Biotechnology at University of Bologna and completed her scientific studies at San Raffaele University (Milan), where she got her Master Degree in Pharmaceutical Biotechnology, with a thesis on the role of the innate immunity on osteoclastogenesis. After her degree, she was awarded with a Fulbright fellowship in the United States, California where she joined a Business Administration course at Santa Clara University and performed an internship in the San Francisco based start up Comentis.
She is member of the Pharma Licensing Group (PLG) Italy and of the Fulbright Alumni Association.