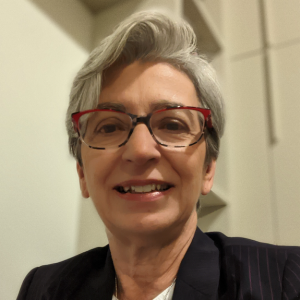 Donatella Taramelli is Full Professor of Pathology in the Faculty of Pharmacy of the University of Milan, Milan, Italy since 2000. After a Master degree in Biology, at the University of Perugia, Italy, she completed her post-doctoral training in the Lab of Immunodiagnosis, NCI, NIH, Bethesda (MD) and then at the National Cancer Institute in Milan, Italy. In 1987, she became Associated Professor of Pathology & Microbiology at the Medical School and, in 1993, she moved to the Faculty of Pharmacy of the University of Milan. In 2011, she co-founded and now is the President of the Italian Malaria Network, a consortium of 10 Italian Universities and the Istituto Superiore di Sanità (Italian National Institute of Health), focused on research and training in malaria. Prof. Taramelli is a recognized expert in malaria drug discovery and pathogenesis. Since 1996 with WHO-TDR support, her lab became one of the few in Europe and the only one in Italy with validated screening facilities for new antimalarials. As PI, she was financed by the Italian government, by WHO-TDR, by the EU programs FP6 ANTIMAL and FP7 CRIMALDDI, by the NIH-RO1 and by the Gates Foundation for the development of a novel gametocyte assay (2011-2016). She has been the Italian Representative of four different EU- COST Actions on Drug Discovery, and participant of bilateral projects (Italy – South Africa, 2018-20) with international universities. Prof. Taramelli bibliography includes 186 indexed papers, 16 book chapters, one international patent (H index 41). Main focuses of her research group are: a. Discovery/ screening/early development of antimalarial and anti-leishmania drugs; b. Development of new methods to study the mechanism of action of quinoline and artemisinin class of drugs; c. Studies on the host innate response to parasitic infections and co- infections to identify adjunct therapies.