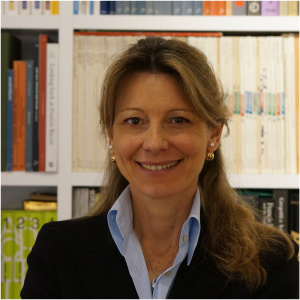 Cristina Astore was born in Nigeria in 1966.
After graduating in Information Sciences from Milan University, she began her professional career as Sales Manager in the Finance area at Hewlett-Packard, with responsibility for the major Italian financial institutions while also focusing on innovative technology projects with a wider international outlook.
In 2000, Astore joined SIA as Sales Director and in 2004 she was appointed Director of the Payment Systems Division.
In 2006, she took on the role of Chief Executive Officer of RA Computer (SIA Group).
Then in 2015, with the merger of RA Computer with SIA, Astore became Head of SIA’s North West Europe branch within the International Division, with the goal of developing business in the north-western region of Europe.
In 2017, she was appointed International Division Director of SIA with responsibility for sales activities and relations with international customers.
As of January 2022, Astore is the Director of International Commercial in Nexi Payments.
Partecipa a:
Women Empowerment Program