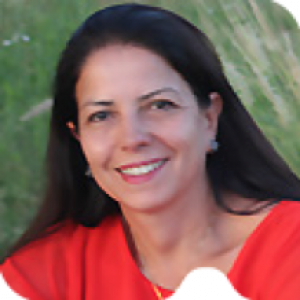 Amal El Fallah Seghrouchni is Full Professor at Sorbonne Université – Faculté des Sciences et d’ingénierie where she heads the Multi-Agent System group at LIP6 (http://www-desir.lip6.fr/SMA) created in 2006. She obtained her Ph.D in computer science from the University Pierre and Marie Curie - Paris 6 (1991), and her HDR (Habilitation to advise Research) » from the University Paris 13 (2000) in computer science – Artificial Intelligence.

Since 2016, She is Deputy Director of Tremplin Carnot INTERFACES that promotes collaboration between academia and industry. She carried out a long scientific mission as external collaborator at Thales Airborne Systems (from 2009 to 2015) and was in delegation at the CNRS from 2010 to 2012. She is currently elected member of IFAAMAS board (International Foundation for Autonomous Agents and Multiagent Systems) and EURAMAS board (European Association of Muliagent Sytems).

Research topics and collaborations: Her research focuses on the design of autonomous systems and ambient intelligent applications. The approach developed in her research is based on cognitive agents and multi-agent systems. This includes the coordination models (negotiation, distributed planning, protocols of interaction) and programming context aware-systems based on adaptation and learning (collective learning, mobile agents, spatio-temporal design). These research topics find a large number of applications in the fields of design of complex systems, simulation, context aware applications and smart cities. This range of applications is supported by a large number of industrial collaborations and by several international collaborative projects. In Europe, she collaborated with Delft and Utrecht universities (C. Jonker, B. van Riemsdijk and K. V. Hindriks, M. Dastani and J-J Meyer). She also collaborated with Clausthal University (J. Dix) and the University Politehnica of Bucarest (A. Florea, A. Olaru), with Italy (A. Ricci and V. Mascardi). Outside Europe, she developed a strong collaboration with the team of Prof. Honiden at NII (Tokyo, Japan); and with Brazil (both the Universities of PUC - Rio de Janeiro and São Paulo) with R. Bordini, J. F. Hübner, C. Lucena, Anarosa Brandao and J. Sichman. These collaborations took place in the context of contracts (European projects), Ph.D co-advising, organization of international events, thesis committees, etc.

Activities related to research animation: She was a node of the network of excellence AgentLink with an active participation to the Technical forum group dedicated to Programming multi-agent systems. She co-organized a series of ProMAS workshops (http://www.cs.uu.nl/ProMAS/, since 2003) which produces 5 volumes LNAI Springer and 2 books (international references in ProMAS domain). ProMAS merged with 2 others namely AOSE and DALT and gave birth to EMAS workshop since 2014. She has been involved in the organization of the international seminars such as Dagstuhl seminar at 2008 (number 08361) entitled “Programming Multi-Agent Systems”; the 1st, 2nd and 3rd International Workshop on LAnguages, methodologies and Development tools for multi-agent systems (LADS'007 at Durham, LADS’009 at Turin and LADS’010 at Lyon) and a series of international workshop (L-)MASTS (Multi-Agent Systems and Semantics) since 2009.